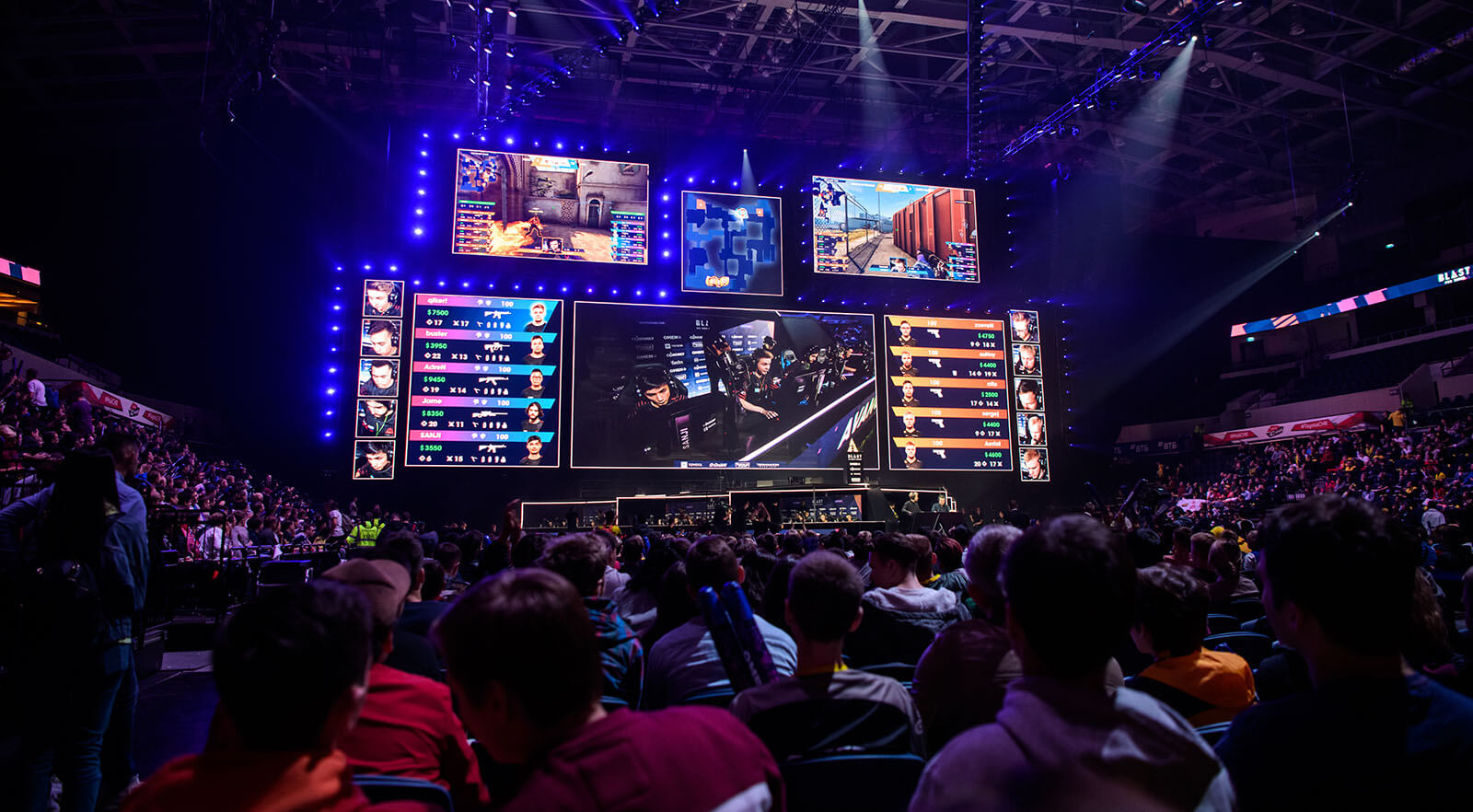 Major League Gaming or MLG does not need much introduction. It is to esports what Madonna is to the rest of the world – you’ve at least heard of them, even if you don’t necessarily enjoy what they do. Together with GameBattles, it’s part of Activision Blizzard, one of the biggest video game companies ever. But, in case the name managed to escape you, here is an elevator pitch. MLG organizes the best and biggest video game or esports tournaments in the US and Canada. Their most prominent project is the Call of Duty Pro League, with 331,000 live viewers following its 2020 finale.

Although we worked together for many years, we can concise our collaboration into a few projects – creating the web and mobile app design, developing mobile apps, and finally, building an Android and iOS software development kit (SDK). 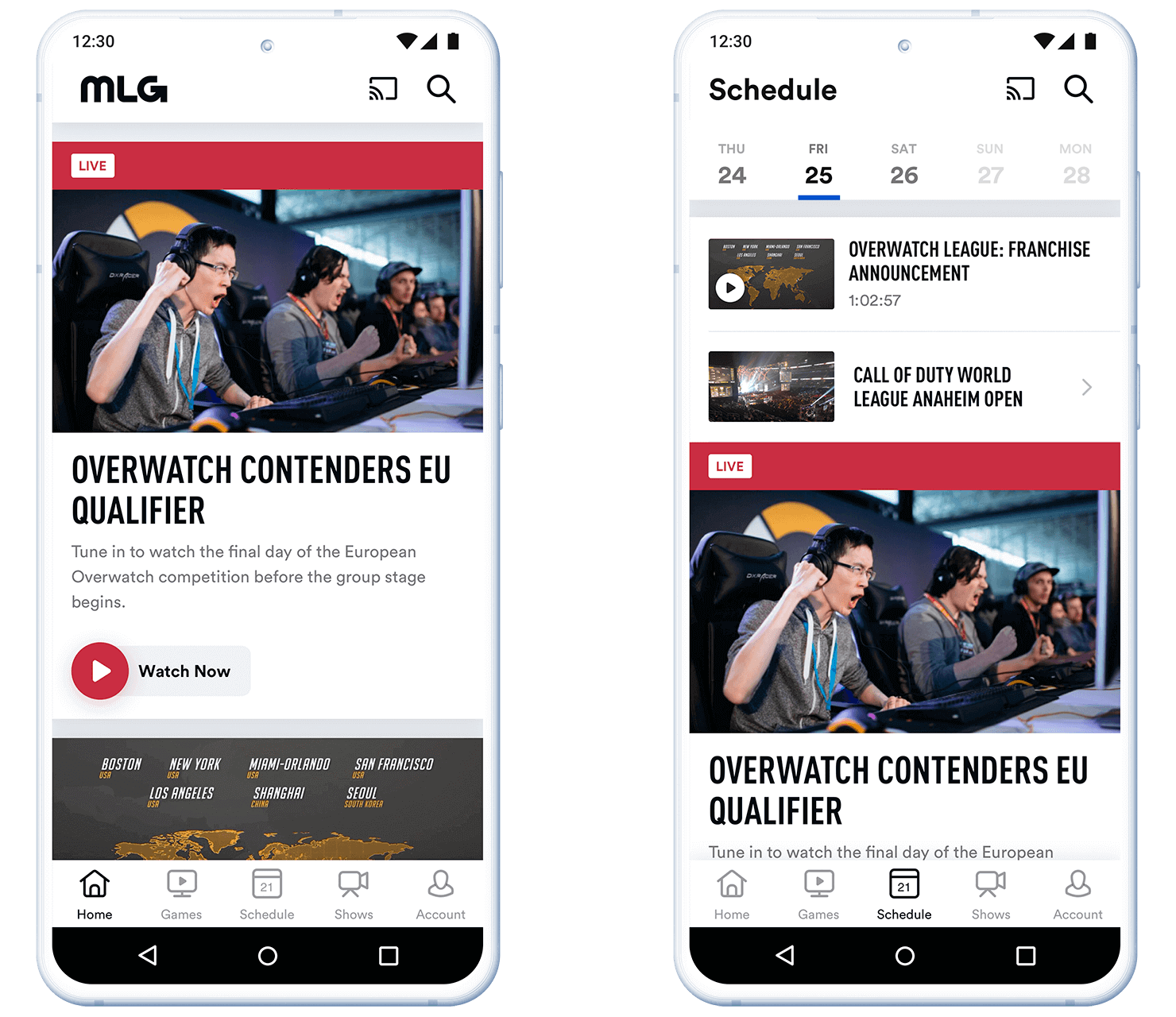 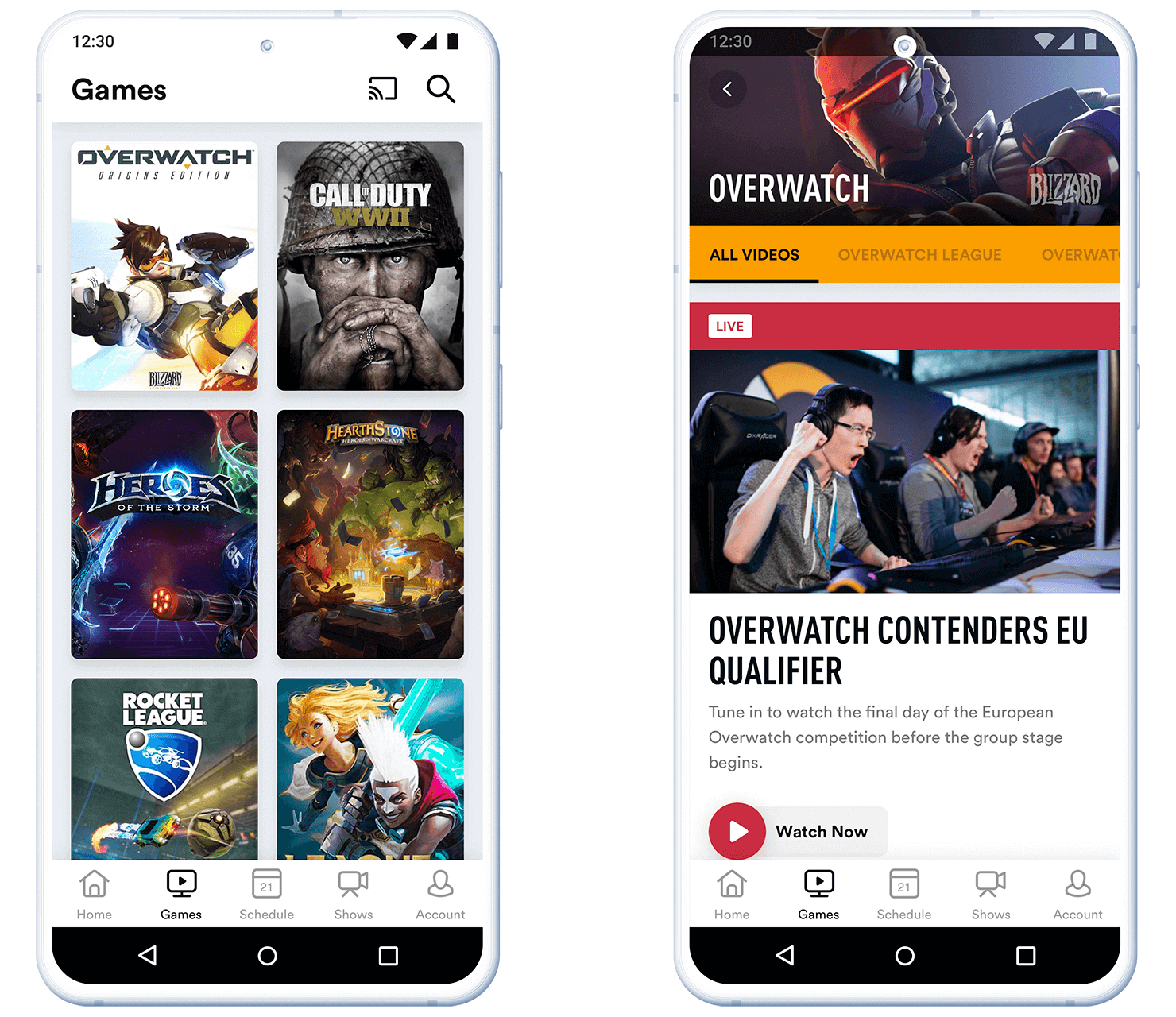 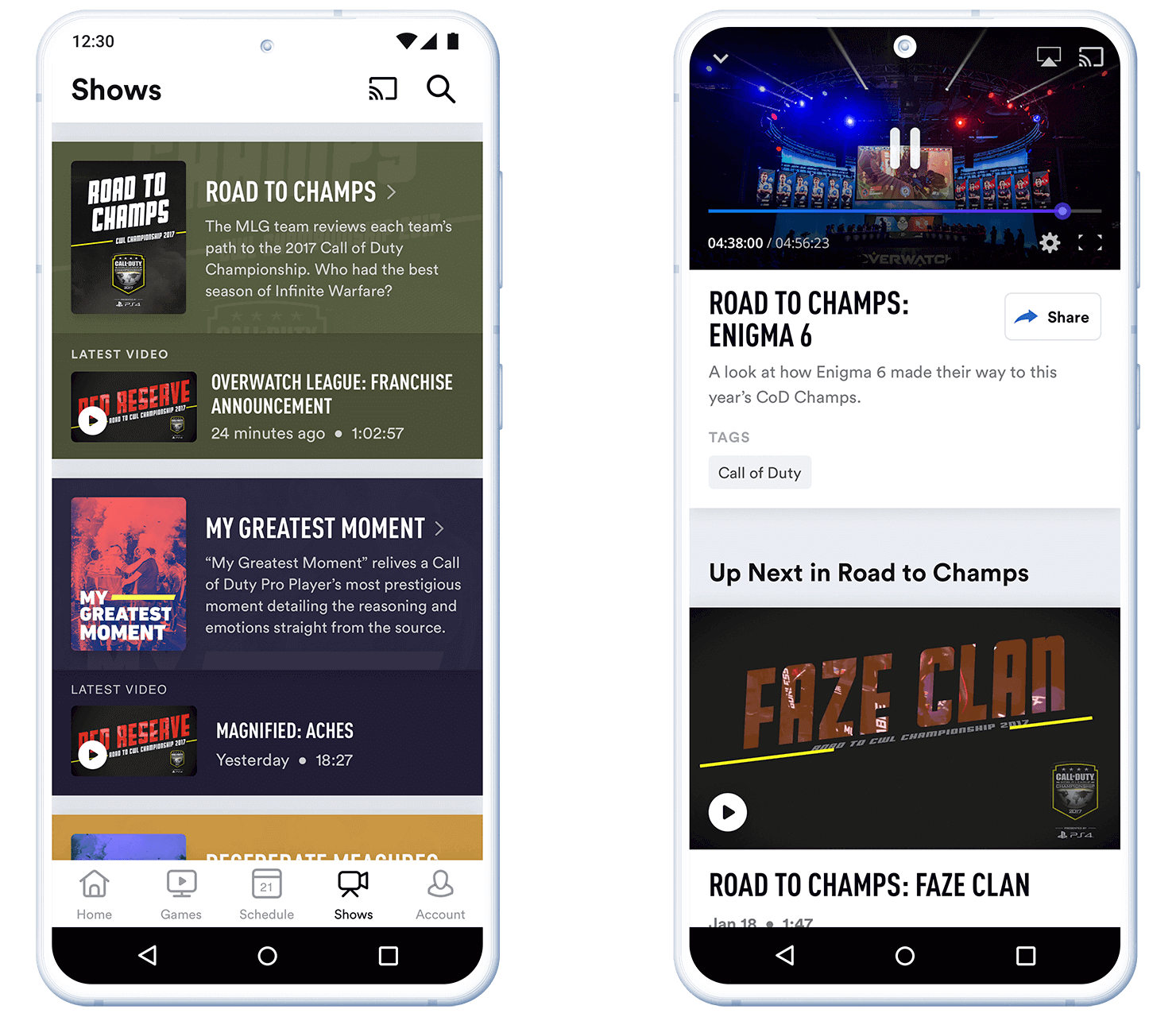 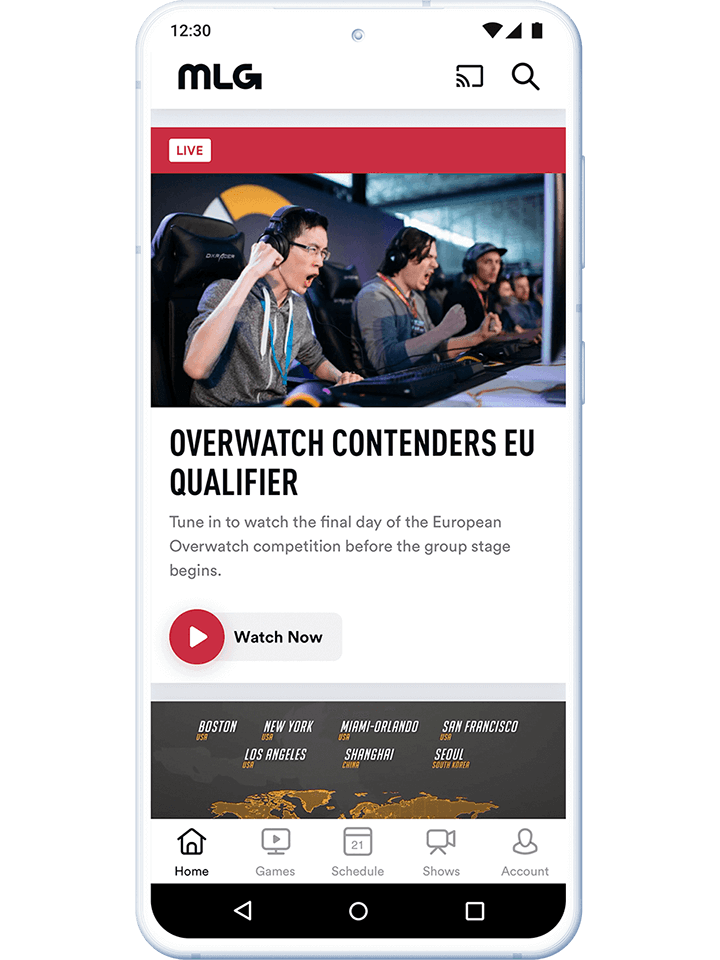 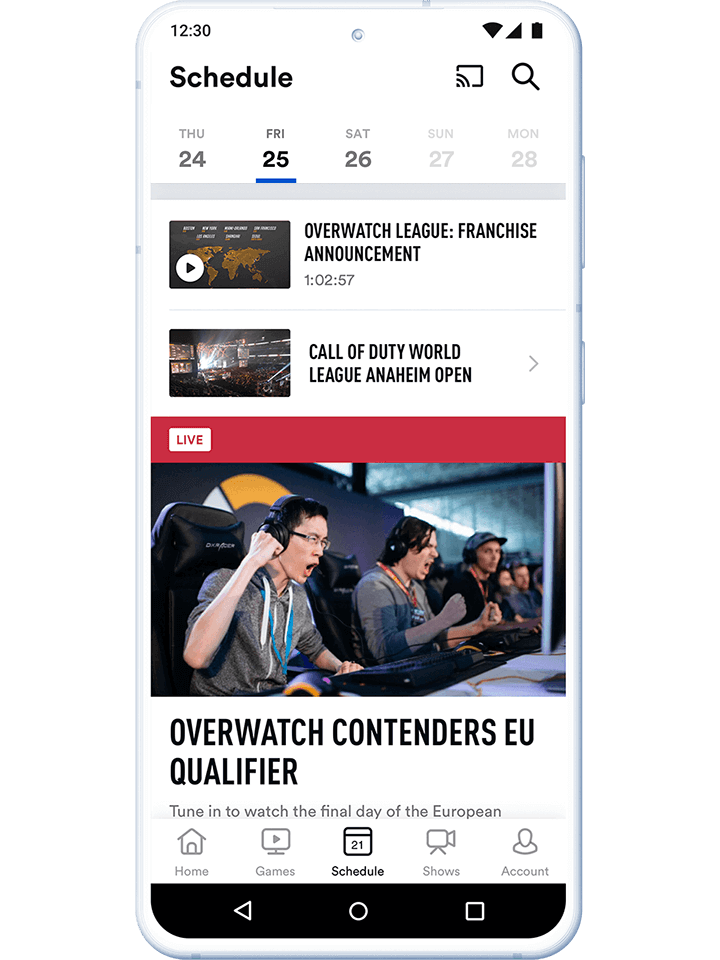 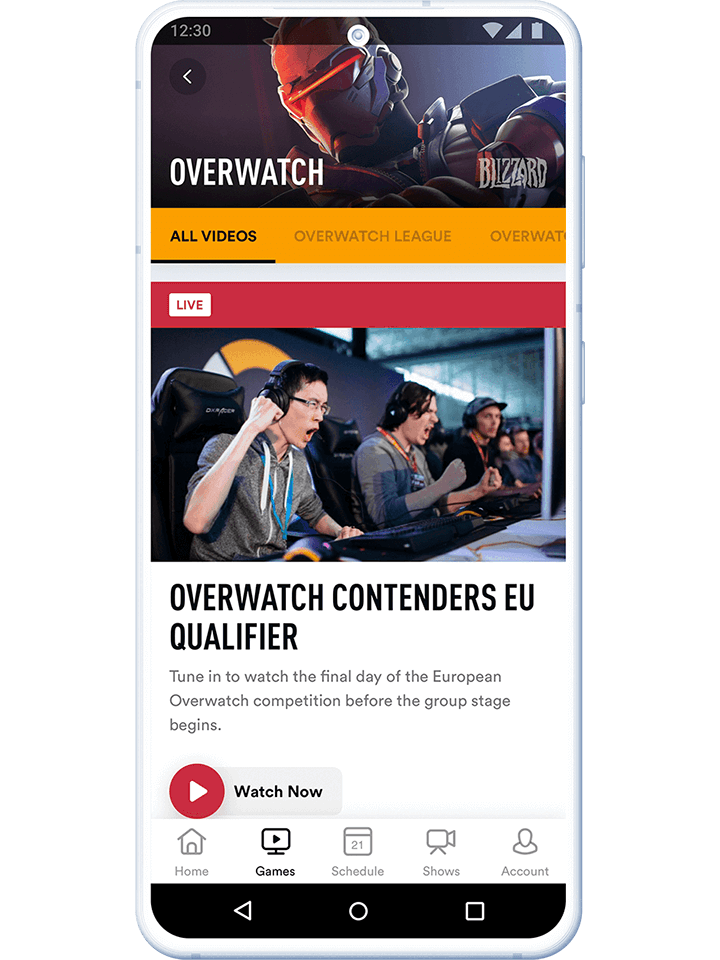 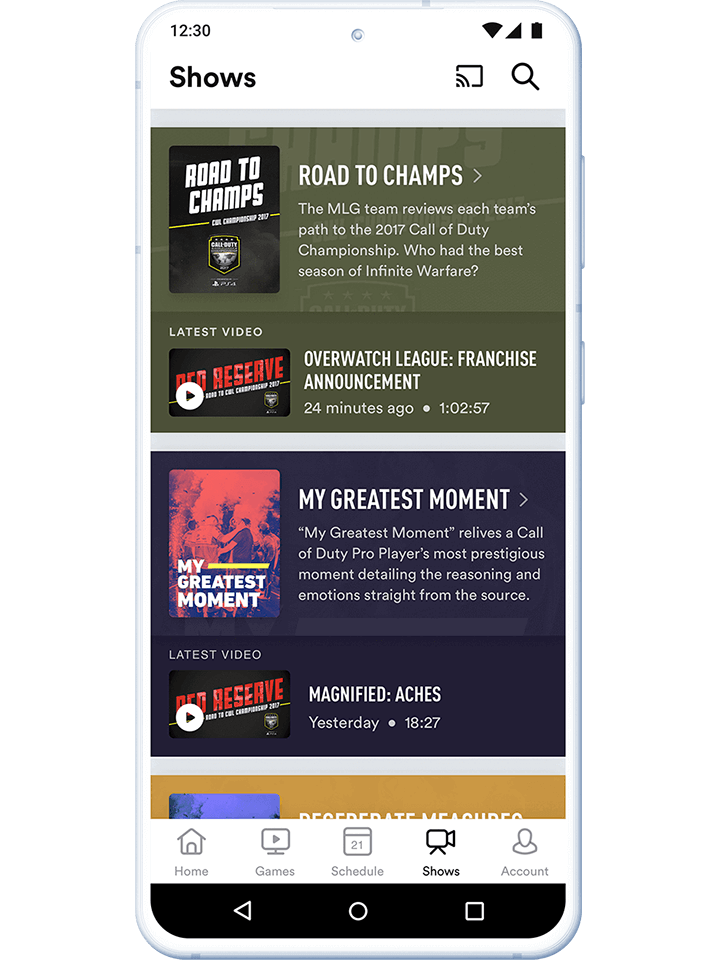 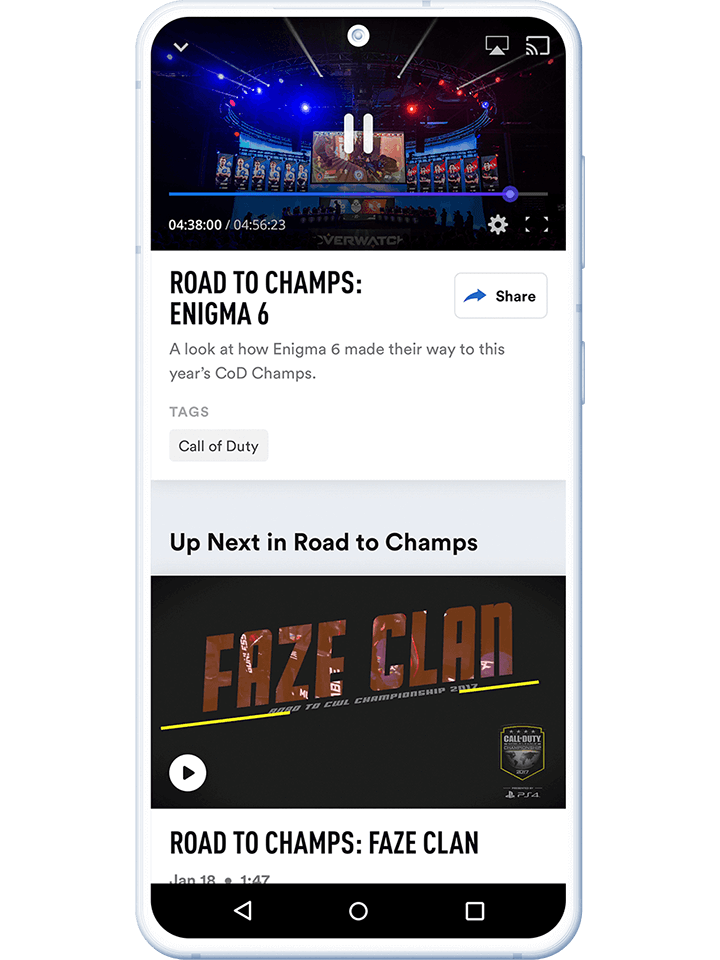 Carry it with you

When we first came across MLG, they needed help designing and developing mobile apps meant to accompany their new project – MLG.tv. Made as an online video-sharing and streaming platform, MLG.tv makes it possible to stream professional esports leagues. Basically, esports teams participate in video game matches and MLG.tv users can rewatch their plays or even stream them live.

The apps are a way of increasing MLG.tv’s influence and reach, enabling users to watch pro gaming videos from MLG.tv on the go. The design we created and the code we wrote for the Android and iOS apps were custom, made from scratch. The app enables users to navigate between live events, watch content exclusive for the app, or follow original series. They wanted to create a community around esports. So, to keep the people entertained and connected, we added chat and comments. It was something like MLG’s version of Twitch but with premium curated content. 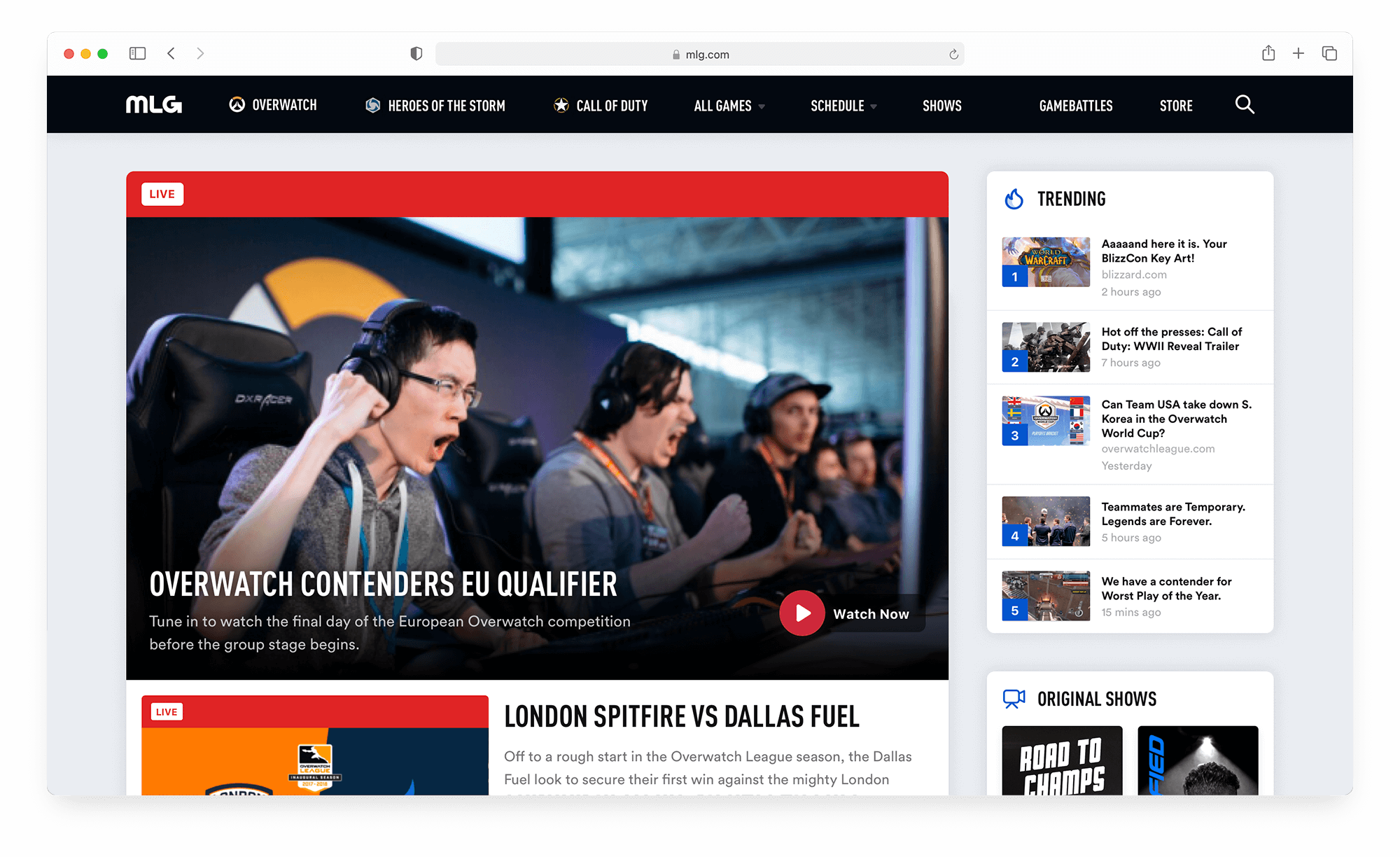 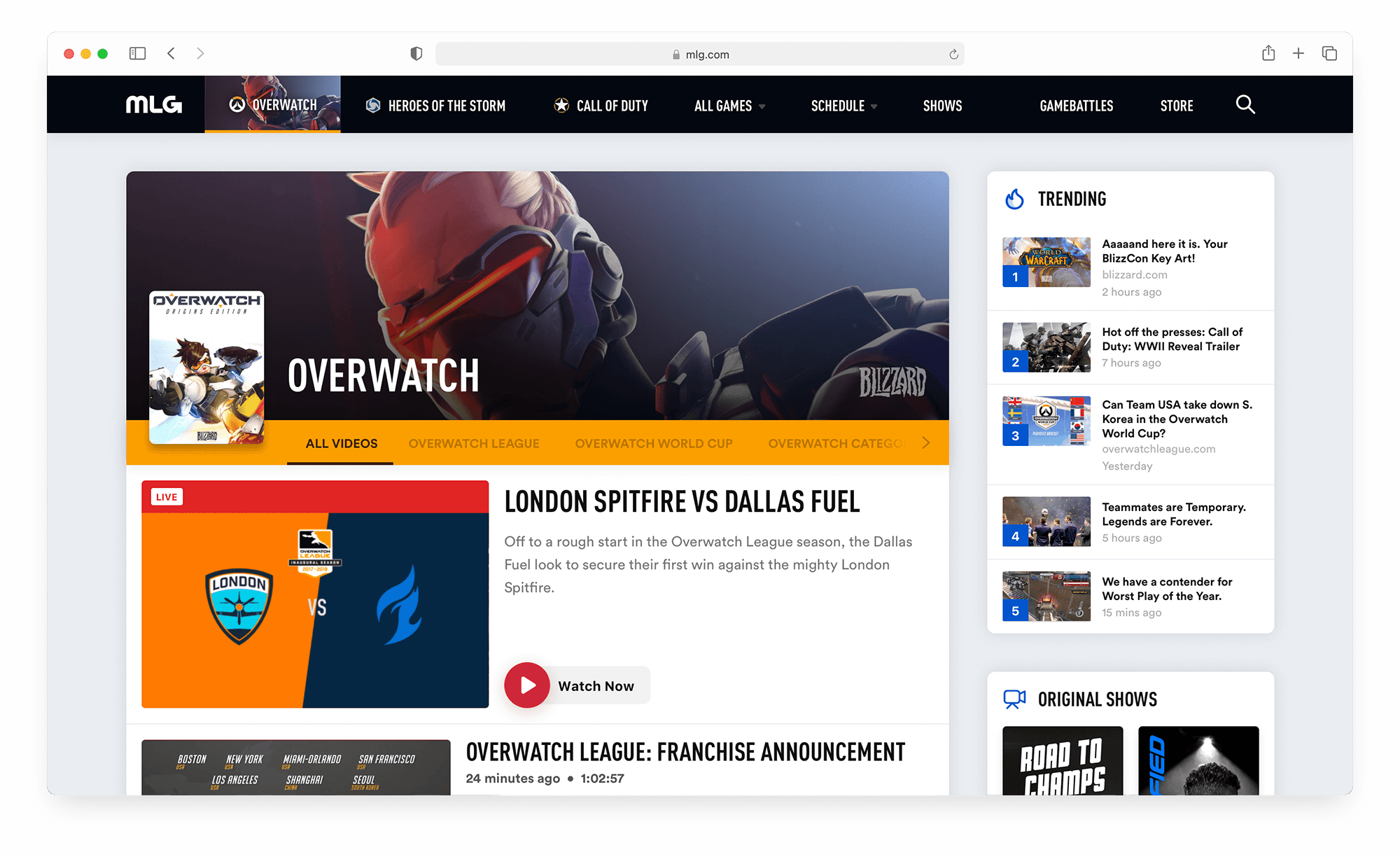 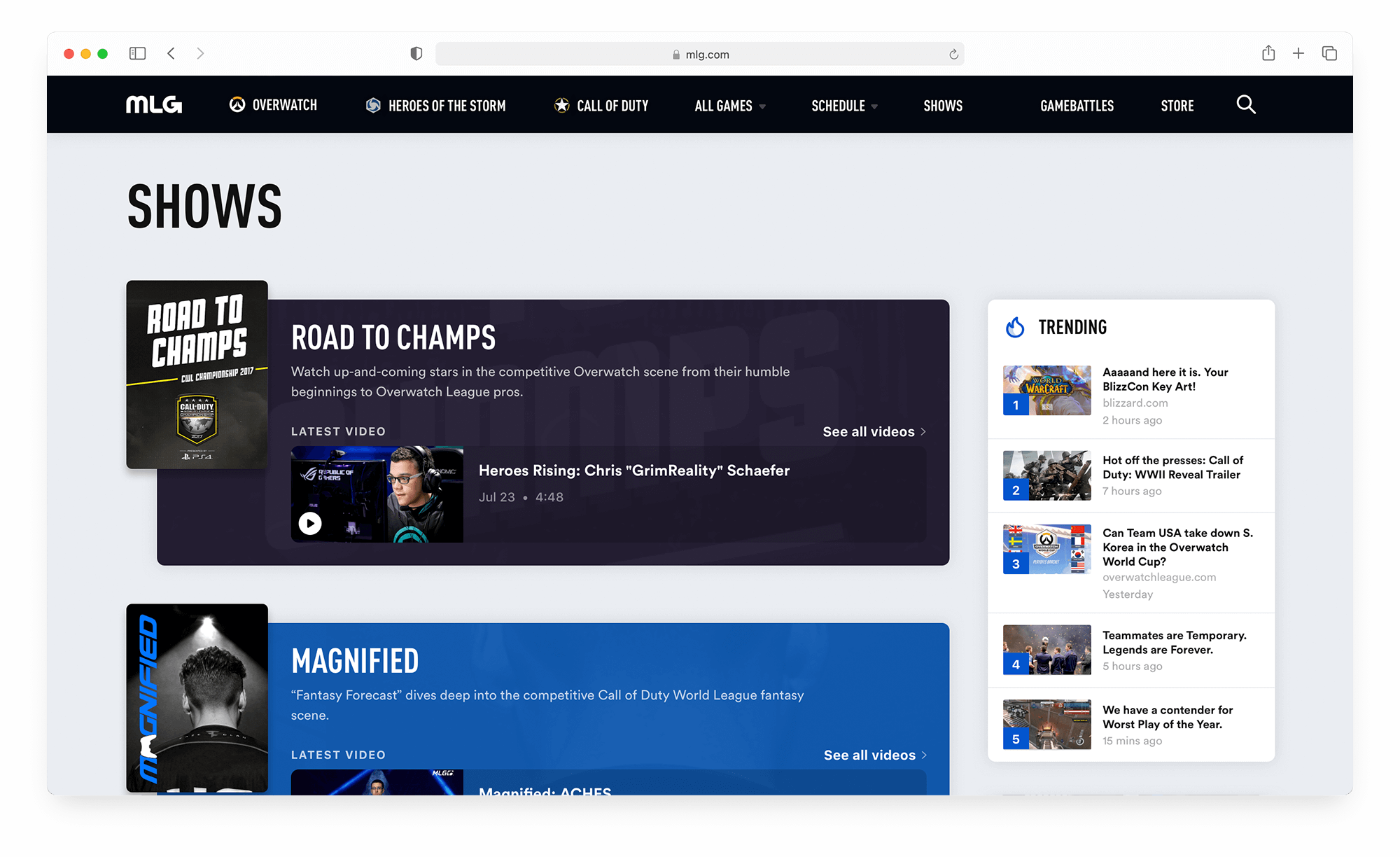 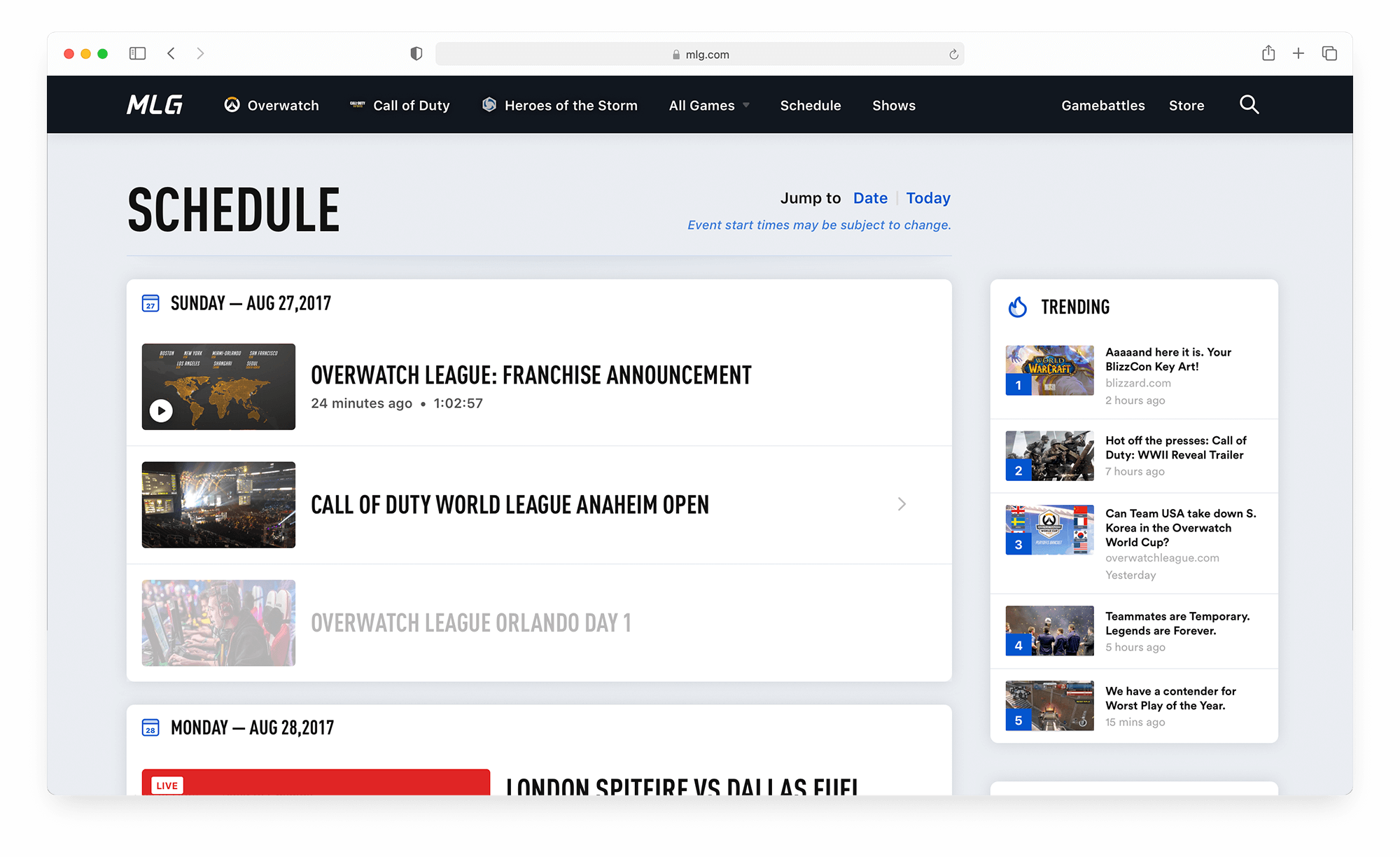 Creating the perfect place to stream

A majority of our work was on the software development kit (SDK). We created the SDK for a video player made in JavaScript. Originally, we had to develop a system that supported video play inside the app, something that will enable users to watch MLG’s videos. Instead of using an external video player, we went beyond the brief and developed the SDK. The function of the SDK was to embed the video player to HTML and make sure that the video can be played cross-platform.

This made it possible not only to play MLG’s videos inside the app, but since the SDK was owned by MLG, other projects or any sister company inside Activision Blizzard was able to use it too. For example, the SDK was later used on other projects as well, specifically the Overwatch app.

So, with the help of the SDK, MLG became a platform hosting video content and any third party could use it when needed. This helped them fully transform into a media platform.

We also created a web design that helped MLG.tv launch their platform and become the place to follow esports leagues. At the end of MLG.tv’s first quarter, they had an increase in viewership of 253%.

When we work, we strive to accomplish two things for our clients. Firstly, we want to help them solve a problem. We want to give them something of use, not just something that looks good but is out of touch with their audience. Secondly, to create something long-lasting, that will be useful in perpetuity. Creating a good product that can be used, recycled, and reused if needed is what we have in sight from day one.

Working with MLG, we helped them increase discoverability and improve the navigation of the MLG.tv iOS and Android apps. We also created a web design that made MLG.tv approachable to a new audience. Not to forget, we developed an SDK they used in further projects.

So, we would consider our goals completed.

“I’m most impressed at how quickly Ars Futura is able to digest a product or idea and bring it to life. They have a talent for taking a complicated product and user flow, understanding it’s pain points, and improving things for the user and business.”

Read the full review on Clutch →